Bethlehem Boys’ Roman Catholic School was opened on the 16th January, 1956, with Mr. Elias Norbert Spalding as Principal. Prior to this the school existed as a co-educational institute in the existing building of the Girls’ school structure. The increasing school population and an incident between a boy and a girl resulted in a decision being taken to have a separate building for the boys. This present structure was constructed on an area that was previously used as the school garden.

The following is a list of past school principals:

The school caters for the children of the Cathedral Parish and has expanded to include Sea Lots, Beetham Gardens, John John, Prizgar Lands, Eastern Quarry Laventille, Morvant and San Juan.

The school has produced many outstanding citizens which include one of its principals – Mr. Christopher Clarke.

The Bethlehem Boys’ R.C. School is situated at 1A, Besson Street, Prot of Spain. It is located on the same compound as Bethlehem Girls’ R.C. School. This small, urban, denominational boys’ school cater to boys from Morvant to Maraval. There are generations of families that attend the school. The majority of the student population comes from low-socio economic households dependent on government programmes or social assistance.

However, due to the social landscape with the gang warfare, turfs and borderlines, fathers’ visits are seldom. Mothers are usually given the responsibilities to enquire about the academic progress or attend meetings.

In spite of a lack of parental involvement; inadequate facilities and security concerns; the teachers assigned have shown their commitment and perseverance. At times, demotivation will arise when classes or extra remedial sessions are disrupted or prevented by the sounds of gunfire. Valuable time is lost, leaving students and teachers traumatised.

As we have only 8 teaching staff members (Principal included) who do not live close to Port of Spain, maintaining the extra-curricular activities and uniformed groups have been a major challenge. 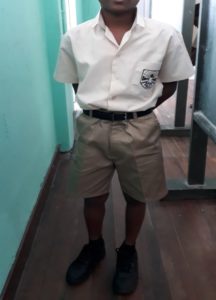 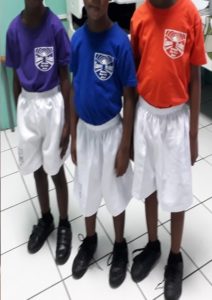